Técnico corporation was founded in 1990 by Rafael Torrech III to provide premier hull, mechanical, structural and electrical support services to the local Master Ship Repair yards in the Hampton Roads, VA area. As a proud and successful graduate of the Small Business Administration’s 8(a) development program for small and disadvantaged businesses, Técnico today has operating facilities in Norfolk, VA, Mobile, AL, Philadelphia, PA and San Diego, CA. Técnico is recognized as a quality leader within the marine and industrial repair and fabrication industry. They strive to exceed their client’s expectations every day by…

In 2003 Técnico became an employee owned company (ESOP) and started to create a culture of ownership. On July 1, 2008, Técnico became part of American Maritime Holdings. AMH was formed as a strategic partnership between two major marine and industrial forces Técnico Corporation and Marine Hydraulics International, headquartered in the Port of Hampton Roads, Virginia. As a holding company, AMH successfully focused on providing the defense and marine industries with a formidable, high quality, low-cost maritime services provider. On October 1, 2014 Técnico and MHI again became separate corporations ready to support a new Navy maintenance strategy and position each for continued growth.

From the very beginning, Técnico has maintained a sound business base in the ship repair industry and a solid reputation as a first-rate provider of services including:

Técnico is positioned within industry to sustain the rate of growth and to move to even greater levels of service and success.

The team has an extensive knowledge of materials and interior finishes along with a thorough understanding of applicable regulations such as those set forth by the International Maritime Organization – Safety of Life at Sea Convention (IMO-SOLAS), the United States Coast Guard (USCG), the American Bureau of Shipping (ABS), Det Norske Veritas (DNV), and Lloyd’s Register. 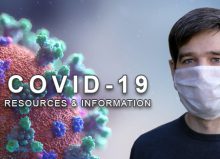 The New FY22-FY25 CNRMC Workload Charts as of March 2022 is now available. 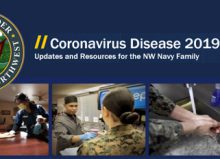 Please see the below attachments Guidance Documents regarding Implementation of Social Distancing to all...

New Committee Co-Chair May 2014 was Judie Blakey’s last meeting as Co-Chair. Judie has...